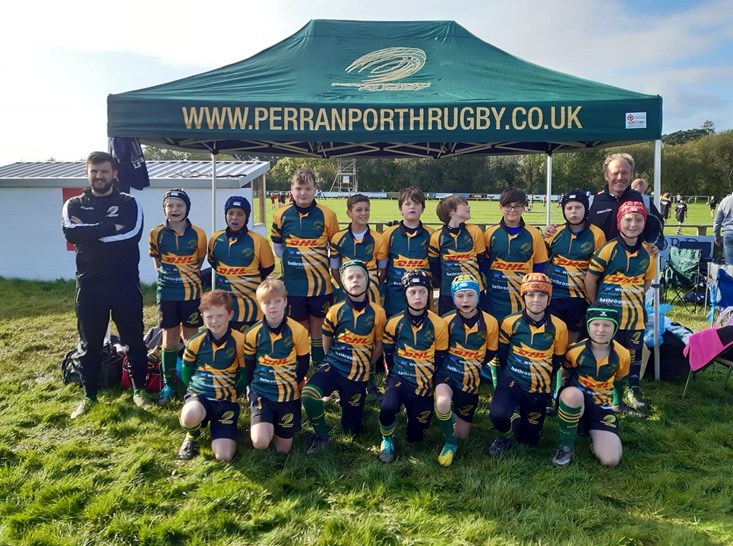 Perranporth U12's  competed in the annual Land Rover Cup Tournament on Sunday 20th October held at Exeter Athletic RFC and organised by Exeter Chiefs RFC  Perran were drawn into a competitive group that included Exeter Sarecens, Torquay RFC and Newton Abbott RFC, after drawing the first game with Sarecens , they then went on to win against Torquay and Newton Abbott, getting through to the next round saw the  boys draw  against Barnstaple RFC And unfortunately losses against Exmouth RFC  and Wellington RFC.

Unfortunately the results were not enough to take them through to the final stages as went out on Tries scored over three games being narrowly beat by Exeter Sarecens by 8 trys to 6.

The boys put a lot of effort in and played some great team rugby against some extremely tough oppositions and need to learn from the days experiences in order to better and improve for the remaining 2019/2020 season.

Also today was the debut outing of the U12's brand new sponsored bespoke designed match day kit which takes a twist on the traditional Perranporth Green & Yellow colours into a modern Tribal look. We would like thank the following  sponsors for this year which include the following.

Many thanks to the coaches Callum and Martin and also all the parents that traveled to Exeter so the boys could complete. 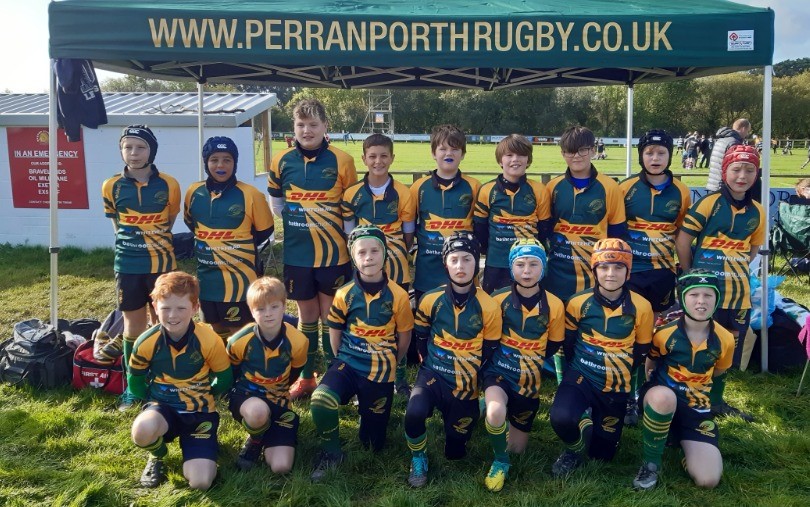 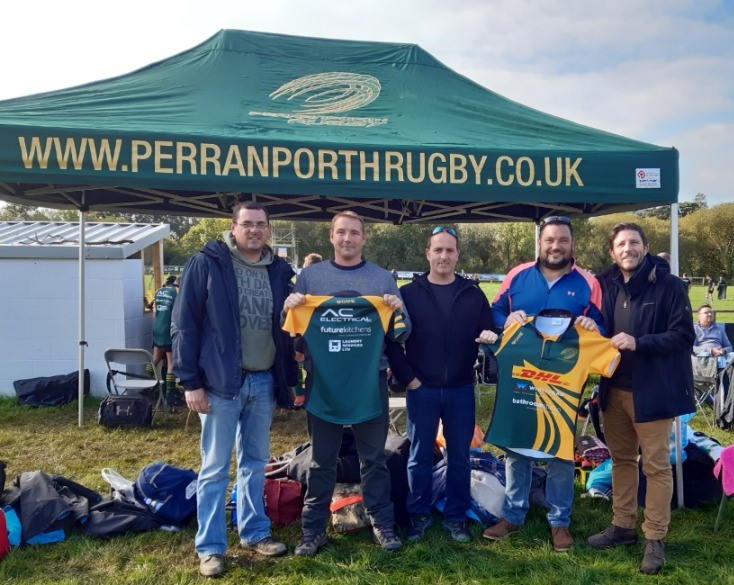